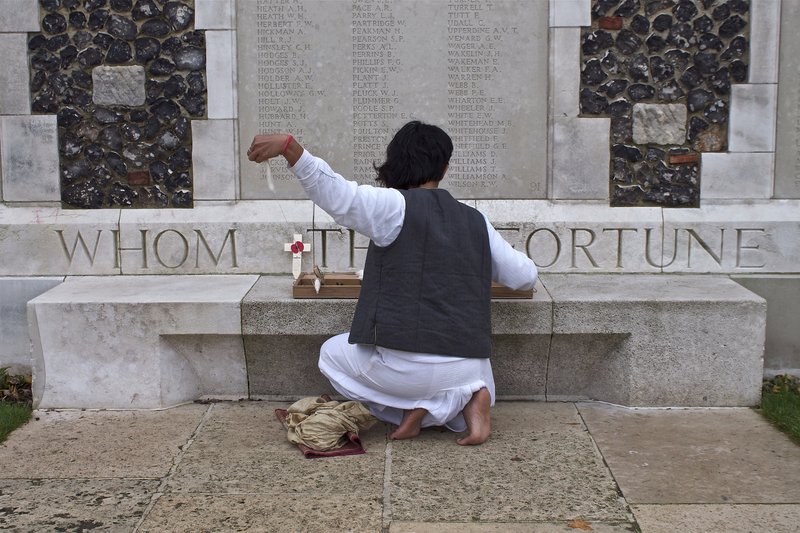 From Titian to today, war and the aftermath of war has always found its way into art and art history. The year 2014 is of particular significance as it is the centenary year of World War 1. The war forever changed the geo-political and economic landscape of the 20th century and had a catalytic effect on India's struggle for Independence.

Even though the atrocities happened at a time that predates many contemporary artists living and working today, its consequence are undeniable.

Priyanka Choudhary reflects and responds to the nature of war.

“It’s a paradox. The monuments to extreme violence are only too peaceful. They are placid lakes. Blind spots. I threw a small stone to ruffle the surface. I performed there to unearth the anxiety and the real memories concealed therein.

The year 2014 contains a huge cemetery - a centenary to the First World War, a performance to bring up the dead. My current works are all apparently peaceful, but they reveal their violence on closer examination. The five performances in five major conflict zones in four different continents - at Tlatelolco, Soweto, Ypres, Ground Zero and Jallianwala Bagh - were only apparently peaceful. People gathered around me forgot to smirk. Peace had been disturbed for the better, I hope.”