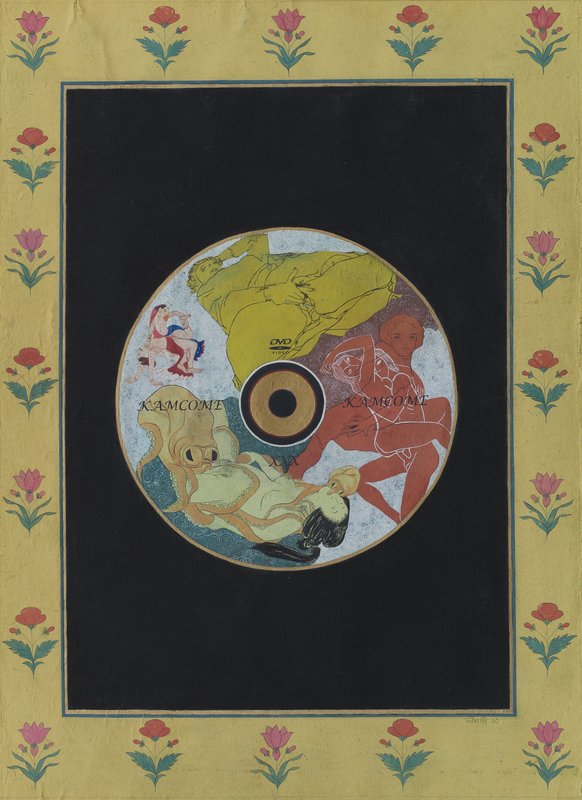 Meenakshi Sengupta expands the relevance of miniature painting in contemporary art by using all its complexities as a point of departure in her works. While traditional Indian miniature painting is grounded in mythology, religious narrative, scenes of battles and court life, Sengupta pushes formal and aesthetic boundaries to produce new meaning.

She appropriates a variety of familiar motifs and themes from both Indian and Western pictorial traditions - re-contextualizing them in light of contemporary issues. She combines icons of “high” art and those of mass culture with wit and irony to redefine their role as cultural signifiers. For instance, in Goli, a strip of birth-control pills is embedded in the center of the painting around which 'gopinis' seem to be lamenting rather than celebrating. The cause of their anguish is unknown but could it be the sight of a pregnant 'sakhi'? Seen walking alone in the meadows of a moonlight night in Krishna Paksha.

Sengupta stretches the spatial perimeter of the miniature format, experimenting with light based work, digital prints, performance and video to articulate her ideas. The fundamentally hybrid character of her work subverts the stereotypical “tradition/modernity” dichotomy and underscores its discursive character as shaped by history and culture.