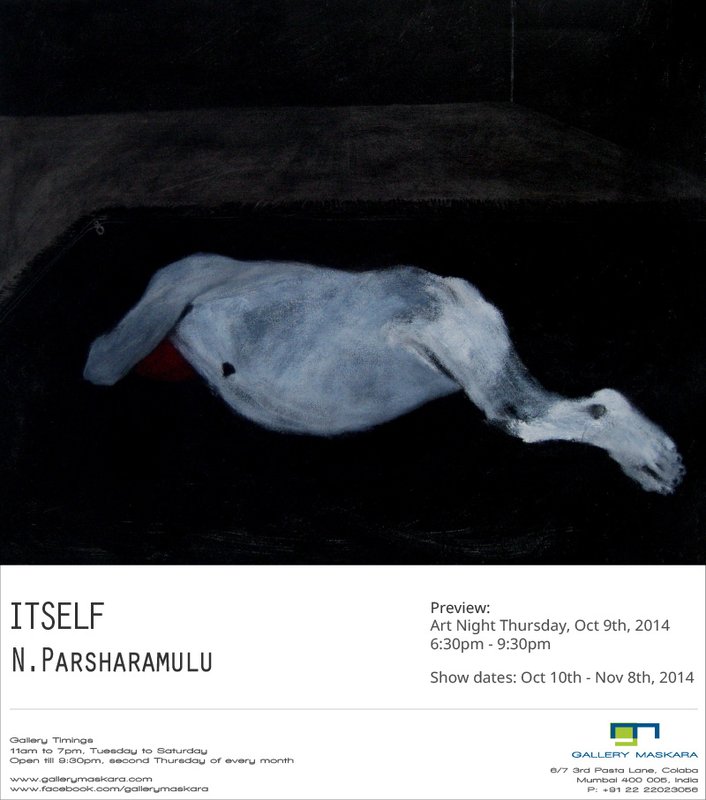 In his paintings, artist N. Parsharamulu employs figuration, distortion and abstraction with a great deal of economy and ease. He uses a pared-down palette made up of shades of black, white and red - drawing the viewer into a psychological space.

The human forms appear as figures in motion, only to be arrested by an arrangement of dots or interrupted by rectangular lines. The organic is thus mutated by the inorganic. The head is shrouded in darkness - and the absence of any expression directs the viewer's gaze inward.

His works are a play between reality and imagination. Between what is seen and that which cannot be seen. This abstruse relationship between nature and human perception is the thought he provokes in his paintings.

Even though the artist has been practicing for over ten years and has built an expansive body of work, he considers only the ten recent works displayed in this show - complete. Cave paintings from prehistory, the form and behavior of primates and eastern philosophy continue to inspire and inform his work. – Abhay Maskara