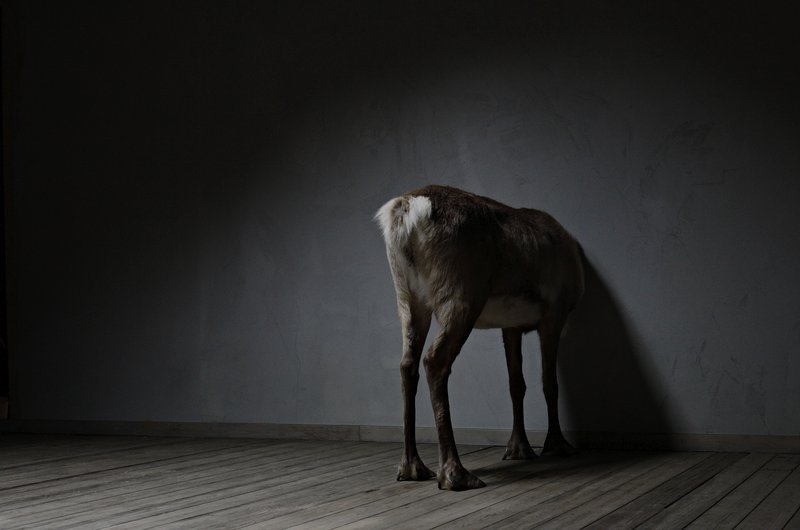 Ruben Bellinkx works across various media, from drawings and photo works to video, film and installations; his choice of a particular medium is an important factor in the realization of a work. Cinematic and photographic means offer Bellinkx the possibility to compose, to isolate elements, to repeat and compress, all of which give his work a certain abstraction.

The seven simultaneous 16mm film projections in the show depict a fantastic world of perverse games gently directed by the artist; games where dogs attack and savagely decimate chairs and little tortoises struggle to move large tables. The mise-en-scène stresses the relationship between the natural world and domesticity and blurs the boundary between reality and illusion; images are teetering on the edge between recognizable reality and the bizarre world of imagination.

“I wish to emphasize the viewer’s sense of awe by creating a composition or setting, which resonates of a single poetic image balancing on the edges between familiarity and estrangement. Daily, recognizable elements are shown in an unfamiliar situation so as to confront the viewer with his/her conditioned perspective and to challenge them to revaluate their assumptions. Images with multiple layers of meaning arise in which the fragility of our supposedly stable reality becomes apparent.” – Ruben Bellinkx